Home
Articles
What Does Sushi Taste Like?
This post contains affiliate links, and I will be compensated if you make a purchase after clicking on my links, at no cost to you.

If you have never tasted Sushi, you are at the right place because, in this article, we all discuss the taste and all the things related to Sushi. There are different types of Sushi, and each comes with a unique taste.

This article will help you answer several queries related to Sushi, and we will also discuss if Sushi offers health benefits or not? So without wasting more time, let’s begin our discussion.

Sushi is a Japanese dish made from salt, sugar, and vinegard rice accompanied by different ingredients such as vegetables and raw fish. The presentation and style of Sushi vary; however, all the varieties of Sushi have one main ingredient: Sushi rice. Sushi rice also has other names, such as Sumeshi or Sari.

Sushi contains raw fish, which is one of the dish’s key ingredients. Since it contains fish, you might consider that Sushi has a fishy taste, but usually, Sushi doesn’t have strong fish flavors. Sushi is a neutral and mild flavored dish.

How is Sushi Made?

Traditionally, Sushi was always made with Japanese rice seasoned with salt, vinegar, and sugar. These are the varieties of fish that are used in Sushi:

The fish is not flavored with anything except Japanese soy sauce and has a salty taste and light flavor. Sushi rolls are made by picking a certain species of fish that meet the standard for taste, fat content, and color. Wasabi is usually used to season the Sushi rolls. The type of vinegar that Sushi chefs use for Sushi is made from fermented rice.

How Do You Cook Sushi?

Sushi is not cooked, as it is eaten raw. While there are cooked varieties of Sushi, here are some methods used to make Sushi:

Arai translates to ‘Washing’; it is an old preparation method for fish such as Sea Bass and Freshwater Carp. These fish develop a fatty texture around their flesh in the summer months. Live fish are cut into thin slices and cleaned in cold water to eliminate the excess fat and bacteria. The fish slices are then served with a dipping sauce such as vinegar or miso (Fermented Soy bean paste).

Aburi means ‘Searing’ and is a method that is often used to clean and prepare fish like Bonito. These methods involve searing the entire fish with cold water. This eliminates all the bacteria in the fish and enables the fish to retain the delicious fatty flesh under the fish’s skin.

Sujime translates to ‘Vinegar Marinating,’ and the method is often used to prepare fish with shiny skin or small bony fish. After the bones are removed from the fish, salt is sprinkled, tightening the flesh. The fish is then cleaned and marinated with vinegar, which softens the bones and makes it easier to eat the fish.

Vinegar eliminates bacteria such as Parahaemolyticus, which is prevalent in fish and can cause Gastroenteritis. Different methods are used to prepare fish and flush out their subtle flavors. These methods are a vital part of Sushi.

Bacteria can also be found on clothes, knives, and chopping boards and spread out when it comes in contact with a foreign bacteria. Bacteria is also present in the chef’s hand, so it is vital to clean everything thoroughly and regularly wash your hands while making Sushi.

What Do You Eat Sushi With?

Sushi is often paired with a wide variety of sides, and we have discussed some of them below:

Is Sushi Good For You?

Are there health benefits of consuming Sushi? Yes, there are, and we have discussed a few of them below:

Such has a high Omega-3 fish oils content. This oil is categorized as an essential fat, as the human body doesn’t produce it naturally. The Omega-3 fish oils have several health benefits, such as reducing the risk of heart illnesses, decreasing high cholesterol levels, lowering blood pressure, and eliminating inflammation from the body.

Fish is rich in protein that keeps your energy stable and balances the blood sugar levels in your body. Protein also leads to enhanced metabolism and less snacking, encouraging safe and steady weight loss between meals.

Sushi Is A Good Brain Food

The fish part of Sushi is a great energy source for the human brain. The Omega-3 fatty acids nourish repair and nourish brain cells, increasing the brain’s energy, focus, and concentration.

Sushi Can Be A Mood Stabilizer

By eating Sushi regularly, fish oils can help with serious illnesses such as bipolar disorders and psychosis. Fish have a high content of Vitamin B12, which staves off depression, brain fog, and anxiety and keeps the brain happy. Check out 5 Best Electric Pressure Canners and 5 Best Frozen Beef Stews.

Are There Different Types of Sushi?

Yes, there are many varieties of Sushi, and we have discussed them below:

Can Sushi Make You Ill?

Yes, if you don’t properly clean the fish before making Sushi, the virus or bacteria can make you sick and cause food poisoning. Check out 5 Best Commercial Cold Press Juicers and 5 Best Frozen Bagels.

Hopefully, this article will answer all your Sushi-related questions, and now you will taste Sushi for the first time. We have discussed different aspects of Sushi, such as its taste, how it is made, the dishes it is served with, etc. We finished the article by answering a few questions that are related to Sushi. 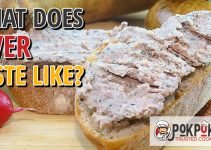 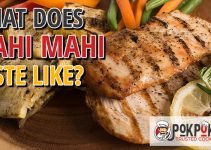 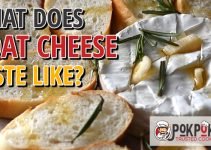 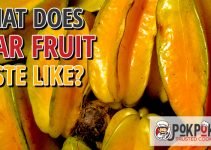 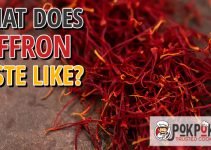 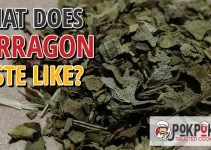 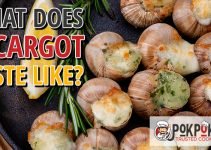 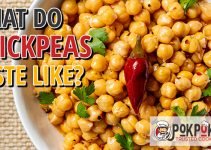 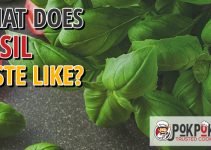