Although the difference between them may seem to be little, however, it’s not. This factor between two greatly affects the flavor of the two. Sesame seeds have great nutritional value and distinct flavor. However, they both are known to add their texture to the dish.

In this article, we will be looking in-depth at sesame seeds and try to understand how their little difference in cooking greatly affects the product in the end. Sesame seeds, when eaten raw, have a mild flavor and do not add too much flavor to the dish.

Raw sesame seeds are also widely used in baking, and as a result, the baked products shine. However, when the seeds are turned into paste, the situation changes. When they are crushed, a strong flavor is added to the buttery and nutty dish.

The primary thing that greatly changes the flavor of the sesame paste is the factor that it is crushed. This makes the flavor concentrated and strong. The experience changes when the seeds are crushed to form into a paste.

Moreover, there are two kinds of sesame paste that you will find one is black sesame paste, and the other is white sesame paste. The black paste is made of roasted black sesame seeds. They are blended well until they form a thick paste.

They are known to be very rich in flavor and to be nuttier. Sesame black paste is very common in Japanese cuisine. To the extent that they also go by the name of Japanese sesame paste. The paste is made sweet using sugar or honey and then used in desserts.

Sesame white paste is very similar to black sesame paste, but the primary difference is made from white seeds. White seeds are also roasted and very common in Chinese cuisine. It is comparatively harder to get your hands on white sesame paste; however, you may find it if you look for it in certain supermarkets.

Some of the most popular dishes that use sesame paste are listed below:

Due to sesame paste, strong flavor is commonly used in savory dishes. Moreover, sesame paste is also known to be gluten-free. It goes well with just about any dish, and you should give it a try at least once.

A serving of one tablespoon of sesame paste includes the following:

Sesame seeds are very nutritious; however, you should have a decent serving to get significant nutritional benefits as they are very small. They are known to have many valuable vitamins and minerals. Sesame seeds have been used in folk medicine for thousands of years.

They are a great source of fiber, and a tablespoon of sesame seed will provide about 3.5 grams of fiber. This is 12 percent of recommended daily intake. Fiber is known to keep your digestive health in check and reduce the risk of diabetes and different types of heart diseases.

There might seem to be a little difference, but it greatly affects the flavor and texture of the product. Tahini is blended with other ingredients to be served in a sauce. Tahini is primarily considered to be blended sesame seeds. Some most common additive that it is blended with include:

Tahini can be made at home using a blender or food processor at home. A little bit of oil can be added as well to make the paste even. Moreover, sesame paste can be added that will further enhance the flavor of tahini.

Some of the most common ingredients that go well with tahini includes: To make sauces, Used as spread, Salad dressings, Baking cakes and cookies, Making granola bars or protein, Added to pasta sauces or soups and to make meat loves or burger patties.

Tahini that is homemade and doesn’t contain any preservatives will go bad. An unopened jar of tahini will last for at least 4 months; however, a sealed container placed in the fridge can last up to 6 months. One of the best tahini you will find is organic sesame tahini from Kerala, and we highly recommend at least trying it once.

A serving of 1 tablespoon of tahini includes the following:

Tahini is rich in several nutrients that boost bone health as it is loaded with calcium greatly. Moreover, roasted sesame seeds like tahini also increase the absorption rate of these minerals. Tahini is also a great source of vitamins known to boost metabolism.

This is 12 percent of recommended daily intake. Fiber is known to keep your digestive health in check and reduce the risk of diabetes and different types of heart diseases.

So, What’s the Difference Between Tahini and Sesame Paste? 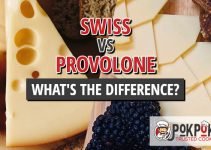 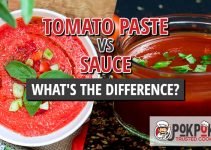 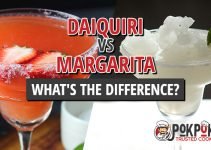 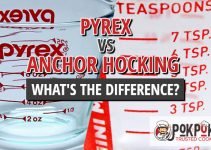 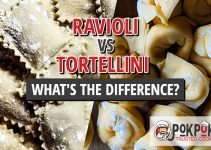 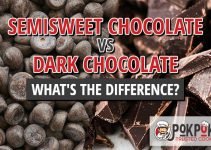 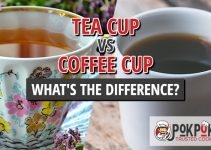