So, you’ve decided to buy a saucepan for making all your delicious sauces at home, but can’t decide if you should buy it or a saucier. Or maybe you are new to the world of cooking and are just finding out that a thing named Saucier exists. Both scenarios are common, and many people find them in either one or another.

Choosing the right utensil for your cooking may not be a big deal if you are cooking for yourself at home; you can cook in anything and still get a decent dish. But if you want to take your cooking to the next level, choosing the right utensil time can prove quite effective. Most people don’t realize this, and they use many different utensils interchangeably, especially all the amateur chefs and home cooks.

Two such utensils are saucepans and Saucier, they both look similar, but certain characteristics set them apart; these include shape, ease of use, ease of cleaning, and other factors. Choosing the right cookware can be the next step in making your dishes come out just right, according to the recipes you see online. So, keep reading to discover all you need to know about these handy tools.

Saucier are almost similar to saucepans, and they have the same basic function as them; for making and reducing sauces. But they do have some differences, including (but not limited to) their shape. However, at first glance, both of these cookware may look the same to you, but after you are done with this article, you’ll become acutely aware of everything different between the two.

Saucier pans are made with a rounded bottom, slopped wall, and round edges. The opening of this cookware is usually wider and bigger than that of a saucepan, so you can expect heat loss from the sauce (or whatever you are making in it) at a faster rate. The sloped sides help ensure that all the ingredients reach the bottom of the Saucier without any effort and make stirring, whipping, and whisking comparatively easier.

And if the food reaches the bottom without sticking on the sides, there would be no clusters of food attached there, which can burn and ruin the atmosphere of your dish and the taste of your food. Saucier is a great option for those who have to make or love to make food that requires constant stirring. This includes things like custard, pudding, and risotto. For this reason, and some others, Saucier became the go-to cookware for world-class chefs in France, and nowadays, chefs from all across the globe have started using them to make their delicious recipes.

You can buy Saucier in different sizes according to your needs, but the most frequently bought one is 1 – 4 quarts. Many manufacturers make Saucier, and if you want to buy one, always do your research before buying from a particular manufacturer.

The Saucepan is versatile cookware primarily used to make sauces (as is evident by its name). Still, you can use it for different purposes like deep frying, boiling, sautéing. Still, we advise against doing that because, as harmless as it sounds, using your Saucepan for other purposes can damage it in the long run. The shape of the Saucepan is different from the Saucier as it has straight sides that are taller than Saucier’s sides, but it does have a flat bottom similar to Saucier’s.

The tall sides ensure that the sauce stays in the pan; this feature is absent in a sauté pan with short sides. The Flat bottoms of saucepans play a key role in ensuring that maximum heat is transferred to the sauce and cooked properly. Whatever Saucepan you buy, it’ll almost always come with a lid, which ensures moisture retention and heat absorption in your sauces. Saucepans also come in different sizes that can range from1 quart to 4 quartzes, but the most frequently bought sizes are 2 and 4 quartzes.

So What’s the Difference Between Saucier and Saucepan?

Now that we have covered the basics about Saucepan and Saucier let’s talk about their differences to decide which one is right for you!

You can also use a saucepan for the same purposes, but using a saucier is comparatively easier. This is because of the rounded edges that allow you to stir, whisk, and whip in a much more efficient way. The Saucepan has tall sides, making it hard for you to stir the ingredients properly. But if you want to boil stuff, then a saucepan would be much better.

As discussed earlier, Saucepan has straight edges, which means more food would stick to the sides and burn and cleaning this burnt food can be a difficult task. But if you have a saucier pan, then this problem doesn’t exist as the rounded sides of Saucier ensures all the food goes to the bottom of the pan instead of sticking to the sides.

Both Saucier and saucepans are not that difficult to use, but if we compare them side by side, Saucier has certain characteristics that make it a little easier to use in comparison. This has to do with the Saucier’s shape, especially its rounded sides. The rounded sides ensure that food is cooked uniformly and the food doesn’t get overheated.

But this doesn’t mean that saucier pans are always easy to deal with. You may find that certain Saucier pans have sides that are too curved. And in some cases, it isn’t easy to use Saucier pans with steamer baskets. We hope that this article helped you somehow; see you in the next one! 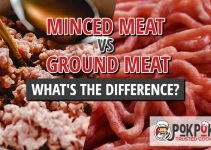 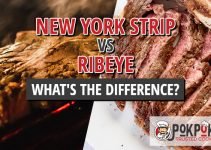 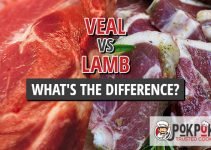 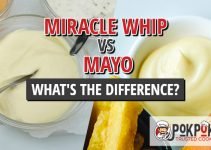