Nothing feels better than making fresh Pizza in your home on the weekend and eating that with your family. Fresh Pizza made at home tastes delicious if you know what ingredients to use; besides, it’s not that hard to make, and almost anyone can learn quickly.

One of the pillars of a good pizza is the sauce; some people like to use Marinara sauce, while others prefer Pizza sauce. But there is a group of people that don’t know the difference between these two. But regardless, Pizza sauce is one of the most consumed condiments in the market.

According to a survey done by The National Consumer survey, more than 123.32 million people in America used pizza sauce in 2020; that’s a lot of sauce consumed in a single year! But what exactly is Pizza sauce, what differentiates it from Marinara sauce, how and when to use it? These are some of the questions that might pop up in your head after realizing that Pizza sauce and Marinara sauce are two different things.

In this article, we will talk about these sauces in detail to know when and how to use each one. Keep on reading to find out more!

Pizza Sauce has a long history during which it has undergone many iterations, and with each iteration, it has become better and better. And today, we might have the best Pizza sauce that might have ever existed. But who knows, maybe some mysterious Chef might’ve come up with a better recipe, but let’s not get into that fantasy for now.

Making Pizza sauce is not a difficult task, especially if you know what ingredients to use and what amount. And if you make Pizza every once in a while, you might be familiar with the aroma of tomatoes that rises as soon as you apply the pizza sauce to the Pizza. Tomatoes are the most important ingredient in making Pizza sauce as they are used to make the base for it.

You can use various tomatoes, including fresh tomatoes and canned tomatoes. But as you might have guessed, fresh tomatoes make the best Pizza sauce, and due to the low processing, they also have higher amounts of nutrients, especially antioxidants, which can help lower inflammation and oxidative stress in the body. Tomatoes naturally have high acidity, which is why we almost always use sugar in Pizza sauce to cut through the acidy taste of the tomatoes.

Other ingredients in the sauce include salt, a must-have, especially in savory dishes like pizza sauce. Then we have black pepper, which must be freshly ground to provide the maximum amount of flavor to the sauce. And finally, we add Italian seasoning, which can be considered the secret ingredient in the sauce.

If you don’t know what Italian sauce is, it’s just a blend of different herbs, including basil, oregano, thyme, and rosemary. You can make your Italian seasoning at home and add your ingredients like garlic flakes. Now that we have mentioned it, garlic is another important ingredient that can elevate your Pizza sauce’s flavor to the next level.

Marinara Sauce is very similar to Pizza sauce, but some differences set the two apart. But first, let’s talk about the similarities. Marinara sauce is also a tomato-based sauce, and it also has its origin in Italy, just like Pizza sauce. These similarities might be why people often confuse these sauces, and let’s not forget that both look almost the same.

Most of the flavor in the Marinara sauce is derived from tomatoes. So consequently, there are fewer ingredients used as they can cover the overall taste of tomatoes. You can use either tomato paste, tomato puree, or even Pizza sauce to make the base for Marinara Sauce.

Marinara sauce is a lot more savory than Tomato sauce, and the key ingredient responsible for this savory flavor is garlic. If you plan to make Marinara sauce at home, ensure that your Garlic stocks are full. Other ingredients you will need include basil leaves (preferably fresh), salt, balsamic vinegar, black pepper, and onions.

Basil and onions play a key role in giving your sauce a traditional Italian flavor. And if you want to improve the texture of your sauce, then adding freshly cut tomatoes will help. Using salt is optional and depends on the type of tomato base you’re using; if you are using raw tomatoes or canned tomatoes, then adding black pepper and salt is a good idea, but if you are using an already salted tomato sauce for the base then avoid salt altogether as it can make your Marinara sauce almost inedible.

Uses for Marinara and Pizza Sauce

The number one way to use these sauces is obviously, to dress your Pizza. You have to apply a good amount of the sauce and then spread it on the rolled dough before adding your favorite toppings and baking the whole thing. Pizza sauce is less versatile than Marinara sauce; besides being used in making Pizza, it can also be used for pasta.

On the other hand, Marinara sauce is quite versatile and is used in various dishes, most of them from Italian cuisine. These include meatballs, ratatouille (you might be familiar with this one if you have seen the movie), and finally minestrone soup. The reason behind marinara’s great versatility is the fact that it’s already cooked and doesn’t require further cooking; Pizza sauce, on the other hand, has to be cooked.

So What’s the Difference Between Pizza Sauce and Marinara Sauce? 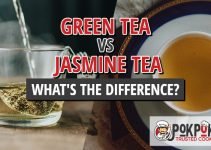 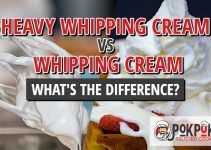 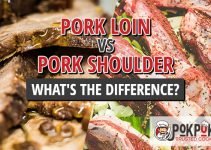 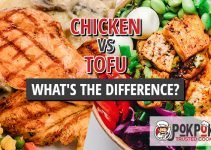