Sabudana is a small pearl-like solid substance that is often added to different soups and broths to give them a better texture. You may know sabudana by a slightly different name, sago or tapioca pearl. These small beads are processed from the roots of the tapioca.

Sabudana is like a condensed ball of carbohydrates and proteins. Eating a few could give you a major energy boost that normal sources of carbs couldn’t even dream of reaching. These small white beads are also rich in protein, which makes them good for muscle growth and the overall health of your body.

You may not have heard of sabudana if you are from the western part of the world. Sabudana is mainly used as a constituent for food in Asia and some Oriental countries. It is an essential part of life and diet in Asia; some Hindu rituals like fasting are incomplete without Sabudana.

Some of the most delicious dishes that require sabudana are Che Chuoi and Bakso. All of these are absolutely delicious and can give your stomach a cooling effect.

Why Should You Soak Sabudana?

Sabudana is essentially a superfood with very few drawbacks. Also, there are many different types of Sabudana, with some being large and others being small pearls. Each of these has different consistencies and different tendencies.

When using sabudana, you have to worry about the texture and the cooking time. Normally sabudana will disassociate and dissolve in the soaking medium when cooking without much effort. But it is highly recommended that you soak them before cooking to give your final product a better texture.

The general consistency for sabudana should be chewy and tasteless. By soaking your sabudana, you make them more consistent and easier to cook. Nutritionally speaking, you have to soak your sabudana to remove some of the starch on its outer layer.

How to Soak Sabudana

The time you have is another factor that decides which method you should use. If you have more time, go for the long soaking methods; otherwise, go for the short soaks.

Soaking sabudana in water is the best way to get rid of extra starch. You only need to get some water, some sabudana and patience, as we have stated numerous times. You will need some extra things if you want to go with the quick soak method, but that has been explained in its respective section.

By the standard method, you will only have to put your sabudana into the water. After you soak them, the sabudana should become soft and mushy but not crumbly or brittle.

How Long To Soak Sabudana

Normally you will have to soak your sabudana for at least 4 to 5 hours. You can also soak them overnight, depending on the texture you want. Some recipes ask for un-soaked sabudana to be used, so in the end, it depends on the recipe that you are following.

Can You Soak Sabudana Overnight?

Yes, you can soak sabudana overnight, and the method for soaking sabudana overnight is the same as the standard method. You only have to submerge the sabudana in water and let them soak in a cool environment. Don’t put them in a hot environment because they will lose their shape and become too mushy.

How to Soak Sabudana Fast

You start by bringing some water in a pot to boil; for each half cup of sabudana, you will have to add 9 to 10 cups of water. Once the water starts boiling, you will have to put the sabudana in it.  Let them boil for a minute, and then reduce the heat. Let the mixture simmer for about 25 to 30 minutes.

Drain the messy water and put your sabudana into whatever you like. You should also give your sabudana a taste check; the sabudana should be slightly mushy. If you don’t like the texture, repeat the process until you get the right consistency. 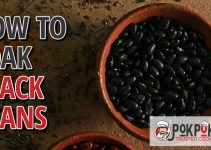 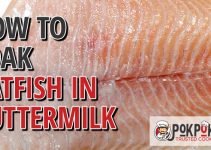 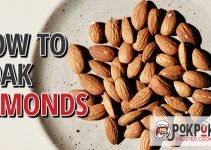 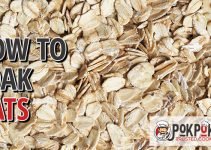 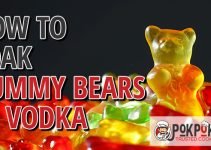 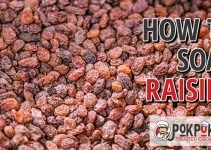 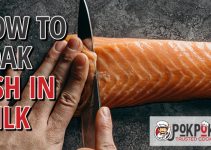