Home
Articles
How Long Can Sour Cream Sit Out And Does It Go Bad?
This post contains affiliate links, and I will be compensated if you make a purchase after clicking on my links, at no cost to you.

An old ingredient in Central and Eastern European cuisines, sour cream, is now also well known in the rest of the world. It is made from dairy cream by adding bacteria that produce lactic acid. Its thick texture and slightly tarty taste are famous for preparing creamy frostings, dipping sauces, and garnishing soups and potatoes.

Although sour cream is an ingredient usually added at the end of cooking, it can also tenderize baked goods in some cases. Sour cream is considered a high-fat product, but some varieties of sour cream use non-fat milk and are lighter in fat. Has your sour cream ever gone bad because you left it out for too long? If yes, this article is what you need to prevent this from happening again.

How Long Can Sour Cream Sit Out?

Most people think that sour cream is already ‘sour,’ so it is unlikely to go bad. This idea is incorrect, as sour cream is made from normal dairy cream and can easily spoil if not taken care of. The time estimated by the US Department of Health and Service is two hours for sour cream and every other dairy product that you can think about.

Therefore, if you leave sour cream on the counter, make sure to keep it right back inside the fridge before two hours. This time not only applies to sour cream but also to the recipes that include sour cream.

What Happens if Sour Cream Sits Out Too Long?

Sour cream is usually prepared from cream or milk, hence similar to other dairy products, the sour cream exposed to the hot and humid environment can develop an unpleasant taste and spoil quickly. Homemade sour cream has a shorter shelf life than sour cream bought in packs.

Sour cream being fermented by bacteria can rapidly succumb to the growth of harmful bacteria if it is left to sit out for too long. The taste is one thing, but you might also observe changes in its texture, and the appearance of mold is also possible.

What Should You Do If Sour Cream Is Left Out Too Long?

If you live in a cold environment, you might be able to save sour cream by keeping it in the refrigerator immediately. However, for normal temperatures above 40 degrees Fahrenheit, it is better to dispose of the sour cream sitting on the counter for more than two hours.

How Long Can Sour Cream Be In The Car For?

If you are out for a long shopping spree, you should first set out the sequence of the places you need to go; the grocery store should be the last of them all. It is how you can keep your dairy products safe until you get home and store them properly in the refrigerator.

Sour cream cannot last longer than two hours inside the car, even if packed. Keep the safe zone for two hours, and you will not have to worry about sour cream being spoiled or contaminated.

Does Sour Cream Go Bad If Not Refrigerated?

When it comes to sour cream, it not only goes bad if not refrigerated, but it can cause food poisoning if consumed after letting it sit at room temperature for more than two hours. You should ensure proper safety to avoid food-borne illnesses, and due to this reason, you should keep sour cream in the refrigerator at all times.

Does Sour Cream Go Bad If You Lose Power?

An unexpected power outage can concern you about the food resting inside the fridge. A long power cut can make certain items bad, even in the refrigerator. Although some things might stay safe for a longer period, fermented items such as sour cream can increase bacteria to an unsafe level after several hours of a power outage. Therefore, it is unsafe to consume sour cream kept in the refrigerator during a long power cut.

What Temperature Is Safe For Sour Cream?

How to store sour cream?

Key to extend the shelf life of sour cream is its proper storage. Sour cream doesn’t go bad in few days as it has a fairly well shelf life, but somehow its energy is also dependent on how it is being stored.

Store in a tightly sealed container

Keep the sour cream in a tightly sealed container after opening it. If you want to store it in a refrigerator for more than some days, it’s better to transfer it to an airtight sealed container.

Tightly sealed jars protect food from contaminants and moisture that promote bacteria on food. Always try to use a clean spoon for scooping your sour cream out or transferring it to a container for refrigerating; otherwise, there is a high risk of sour cream turning bad early.

Your sour cream should be away from areas where the temperature keeps on fluctuating. Right after use, all dairy products require to be stored under 40 degrees Fahrenheit to stay fresh and fine.

To enhance sour cream’s shelf life, place it in some corners away from areas where the temperature keeps fluctuating. Make sure to have a check on that corners so you won’t forget about your sour cream; otherwise, you have to toss it out. Sour cream must be discarded or left for more than a couple of hours at room temperature.

It is the priority to refrigerate your sour cream like other milk-based dairy products as early as you can right after bringing them home. The refrigerator is the best place to keep your sour cream for future purposes, but not for a long period.

All-time refrigerated sour cream has a maximum shelf life. Keep sour cream separate from strong odor vegetables, so your sour cream doesn’t pick up the odor. Sour cream can stay fresh in the refrigerator for almost three weeks. If we store sour cream at other places exposing to high temperature, it starts developing signs of going off.

Can you freeze sour cream?

People mostly buy more food than they can eat in a single sitting, so they often decide to freeze it. A question arises can we freeze sour cream? If we simply see, we doubt that freezing sour cream is not a good idea to go with. Freezing your sour cream can mess up the texture by forming lumps in it.

On thawing, it may lose its flavor. Consistency can be regained by whipping your sour cream when it unfreezes, but it’s not necessary to become the same as fresh. Freezing mainly works for baked dishes.

Sour cream on freezing expands, so make sure to leave an inch of space in an ice tray or freezer-safe jar while pouring sour cream. Sour cream may taste like fish when stored next to seafood. We do not recommend you freeze.

How long does sour cream last?

Sour cream containers come with labeled sell-by dates. It’s quite clear that most milk-based products stay fresh for a couple of days after past the dates. Like all the other dairy products, odds exist that sour cream can even go bad before the mentioned dates on its container based on how you kept or stored it.

Due to sour cream’s sourness, it can stay good for more days than the rest of dairy products. We also have witnessed some cases where people stored sour cream for a month, and still, it’s perfectly fine.

How to tell if sour cream is bad? 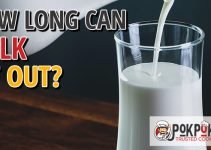 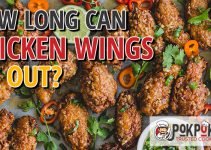 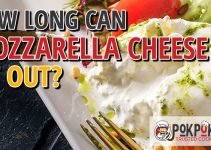 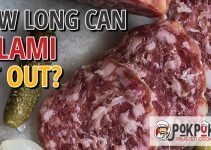 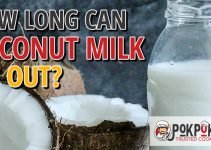 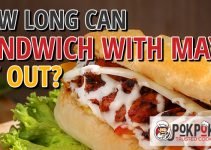 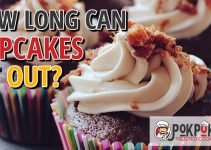 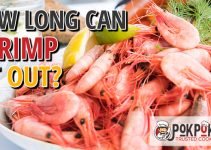 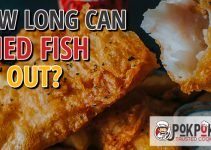