Bacon is made from pork, usually from less fat-containing parts, such as the belly or the back. Bacon can either be the main ingredient or be used as a flavoring or a side dish. A curing process for bacon includes soaking the meat in a solution of nitrates, salts and, at times, sugar.

If bacon changes color from pink to brown and the meat has turned a little crisp, the bacon is considered fully cooked and ready to serve. Cooked bacon is usually famous in every house, especially in breakfast. Bacon does have a high amount of saturated fat, but it is not harmful as servings are quite small.

How Long Can Cooked Bacon Sit Out?

Uncooked items can easily be preserved and stored for a longer period. However, things get a little sensitive when it comes to cooked meat. The shelf life of cooked food is relatively less and becomes more reduced if you leave it to sit out longer than necessary. Meat, relatively, has a shorter life span after being cooked. You either have to heat it or keep it in the refrigerator or freezer to be safe to eat.

The safe time estimated by the Food and Drug Authority (FDA) for uncured cooked bacon is approximately two hours at room temperature. After which, it may begin to go bad, and you might have to throw out your favorite food. However, cured bacon is a different story; you can also let it sit out overnight.

What Happens if Cooked Bacon Sits Out Too Long?

The two types of bacon packed in stores are cured and uncured bacon. The cured bacon is preserved meat, which also prevents bacterial growth due to the added additives. In contrast, uncured bacon does not contain any of this and is like normal meat.

If you previously cured your cooked bacon, you can leave it out longer than the uncured one. Leaving out cooked bacon for too long can put meat in danger. After a particular time, the bacteria start to grow, and the meat starts to smell, making the meat unpleasant and dangerous to consume.

What Should You Do If Cooked Bacon Is Left Out Too Long?

Meat can be dangerous, especially when consumed after it has gone bad. Food-borne illnesses due to eating spoiled meat are inevitable and can cause food poisoning. It implies every meat, including fish and bacon.

Any bacon, including cooked bacon, will go bad if left out too long. You can see visible signs of it going bad such as its texture will turn slimy, and the odor will become unpleasant, similar to a rotten smell.

How Long Can Cooked Bacon Be In The Car For?

When traveling with food, you are surely concerned about its safety; especially if you take meat with you, it requires extra care. It is perfectly normal to crave some bacon when you go out on an early morning drive, but you need to be careful about keeping it safe, so it does not go bad.

Cooked bacon can be in the car for no longer than two hours. If you have let it sit longer than the said time, you might have to check if your cooked bacon is still okay to consume.

Does Cooked Bacon Go Bad If Not Refrigerated?

Cooked bacon is the most preferred dish in many households; it is unlikely that you are left with any cooked bacon at most times. However, if you have a serving of cooked bacon left, you should store it in the refrigerator below 40°F, and you won’t need to worry about it going bad.

Does Cooked Bacon Go Bad If You Lose Power?

If you lose power, the first thing that comes to your mind is the unknown duration of the power outage that you are unaware of. It could be a few minutes or a couple of hours.

Your refrigerator maintains its cooling until four hours of a continuous power outage, but it is not guaranteed after that. Cooked bacon and other meat kept in the refrigerator are most likely to go bad after this time and are recommended not to consume.

What Temperature Is Safe For Cooked Bacon? 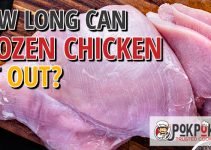 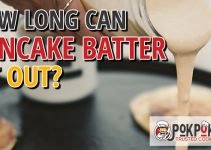 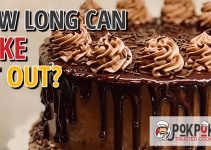 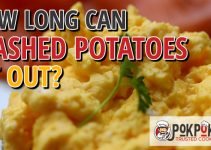 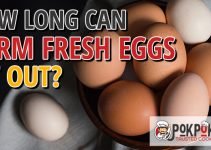 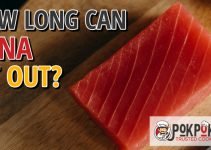