Chili vs. Soup, another one of those questions that mess with your head and keeps coming back, especially when you’re about to sleep. Chili is a great dish that many people across the globe love and the same goes for Soup; who doesn’t like Soup?

Soup can work wonders during the winters; there is no other food that can compete with Soup when battling the cold nights (or days) of winters. And winters are upon us already; everyone is going out and buying instant Soup to make at home or going out to restaurants to have a hearty serving of this warm delight.

But Soup is not everyone’s cup of tea (no pun intended); some people don’t like the consistency of Soup. So, they look at the alternatives, and one such alternative is Chili. Chili is similar to Soup in many ways, but what factors set these two apart?

This article defines both Chili and Soup in detail, so you can sleep peacefully at night knowing what the heck is the difference between the two. So, without saying anything else, let’s get into it.

Chili is the short term for Chili Con Carne, which roughly translates to Chili added to with meat. But the best way to describe Chili is to look at its preparation method. So, let’s take a look at how Chili is made.

Depending on your spice preference, you can choose anything from a Jalapeno to a serrano or problano. If you want your Chili to be extra spicy, you can always go with habanero. And if you don’t have any of these fresh peppers at hand, you can go with red chili powder, which will do the job.

The next step is choosing the meat, the most important ingredient. Most people go with ground beef, but seafood, chicken, and pork are good options too. After selecting the meat and chilies of your choice, it’s time to select the beans.

Some people might argue that beans don’t belong in Chili, but that’s a debate for another article. Other ingredients you might need include Tomatoes, avocadoes, crushed chips, Cilantro, Celery, Potatoes, and garlic. Once you have gathered all the ingredients, you cook the meat separately, sauté the vegetables with the herbs and spices and then mix the meat and this mixture.

Tomato paste is usually added to balance out the taste and give the dish a prominent red color. Other than that, a liquid is also added while mixing the meat and vegetables, and this can be either stock or plain water; some people also prefer adding milk or cream.

So Is Chili a Kind of Soup?

In short, Chili is too thick to be considered a Soup, and it can be better described as a stew. Although some variations of Chili (the watery types with plenty of Broth) resemble Soup, it still can’t be categorized as Soup. Soup is a liquid food made primarily by adding vegetables to it, and sometimes meat.

According to popular belief, Soup was discovered around 20,000 BC in the Jiangxi Province of China, where the Chinese used pits to boil water by adding stones and applying heat. The stones increased the surface area and boiled the water much more efficiently. You can read about the whole history of Soup here if you’re interested.

The Soup comes from the Latin Word Suppa, which means bread soaking in liquid. It wasn’t until the 1600s, when the French Integrated Soup into their cuisine, that the term soup was used; before that, it was called soupe.

What is the first thing that comes to mind when we mention Soup? Probably a liquid with chopped vegetables and pieces of meat served smoking hot. While being true to an extent, that image of Soup in your mind is not completely accurate.

Soups can be of various kinds; some are thick, creamy and chunky, while others are thin, clear, and plain. Most people don’t know this, and all they have ever tasted is the same thick Soup from the same restaurant all their life. But Trust us, it is worth every penny if you go out and try various kinds of soups, you will have a wonderful experience.

As we’ve discussed, Soups are available in different consistencies, flavors, and thicknesses. Here is a short description of each one:

Thin Soups: These are made using Consomme (Passed Soup) or Broth (unpassed Soup). Thin soups are usually clear and have no thickening agents added. They’re great for people with swallowing problems like dysphagia or people who don’t like thick consistency in their food.

Thick Soup: Thick Soups have thickening agents added to them to increase their density. This type of Soup is opaque instead of transparent. You can further categorize thick soups into five categories: Bisque, Cream, Chowder, Puree, and Veloute.

So What’s the Difference Between Chili and Soup? 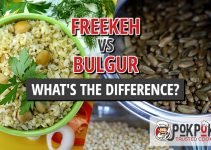 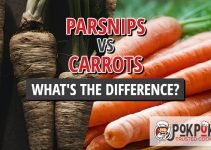 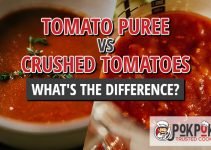 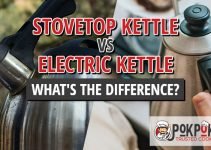 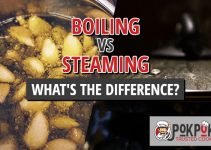 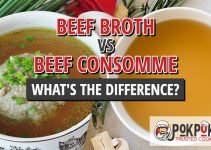 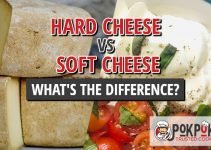 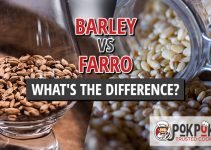