Nowadays, Korean food is becoming so popular that locals and tourists are reviewing them as wholesome food that can be enjoyed at any time. Korean cuisine is so popular because the food is tasty, spicy, nutritious, and packed with flavors.

So, we’ve put together a list of the best Korean foods you should try before dying.

This dish was created in yesteryears as a royal dish, but gradually it became a popular Korean dish. This dish will leave you filled with wonderful flavors. Typically, Bibimbap is a bowl mixture of rice, beef, hot chili paste, fried eggs with soy sauce, and vegetables.

Bulgogi is ranked among the most famous Korean meat dishes worldwide. According to CNN travel’s readers, Bulgogi was rated as the 23rd most delicious food worldwide. This dish is tasty, juicy, and full of flavors. It is grilled with minced garlic, sliced onions, and a thick spicy red paste in addition to that flavorful aroma.

Undoubtedly this is the favorite noodle dish of Koreans, and It’s usually served as a side dish. Japchae is a famous Korean noodle dish made of stirred beef, vegetables, soy sauce, and sugar. This dish is known for its soft and chewy nature with additional sweetness to it.

It is one of the most famous and longest-standing dishes of Korean cuisine. Kimchi is often used with many other dishes and is also well known for its high nutritional value, low calorie, and fiber content. This dish is made up of fermented veggies, and the main ingredient is cabbage. You can also use it as toppings for pizza, sandwiches, and rice.  However, without this dish, dinner is regarded as incomplete for the Korean people.

Kimbap or Gimbap is a famous Korean dish that looks similar to Japanese-style sushi. It’s a tasty dish made up of sushi rice, stir-fried veggies, and meat wrapped around in a seaweed roll, and it’s typically served with kimchi. So next time when you are in Seoul, give it a shot; it will not disappoint you.

This is a Korean-style pancake, and it’s absolutely delicious. This is often eaten as a snack with a cold drink. Korean pancakes are made up of rice flour and potatoes. Bindaeddeok is the healthier alternative for typical pancakes that contains sugar, baking soda, and eggs. The filling of Korean pancakes depends on the chef, which can be both pork and sweet bean sprouts.

It is a popular Korean street food that is known for its chewy and fluffy texture of rice. Tteokbokki contains sweet fish cakes and rice with some spicy sauce or paste. If you are into spicy food, then definitely you should try it.

Sundubu Jjigae is typically served in a large bowl, usually consisting of tofu, vegetables, beef, chili paste, and mushrooms. Some ingredients are also alternated according to different chefs. Although a variety of variations exist, a raw egg is placed in the bowl, traditionally, giving the unique flavor. This dish is surprisingly low in calories, as its primary ingredient is broth and vegetables.

Seolleongtang has a long history in Korean cuisine. It is one of the best-known dishes that is often ordered in restaurants. Typically, it’s ox bone soup that doesn’t require any additional seasonings. Seolleongtang is known for its creamy and milky texture, and it’s remarkably rich and thick in taste. Korean people often eat it during lunch or breakfast with rice, and this dish is specially prepared in winter.

Jjajangmyeons also known as Jajangmyeon, and it is a bowl of noodles served with black bean sauce. This is a famous dish in Korea, made with pork, vegetables, and a special salty sauce called black soya paste. It is very rich; therefore, when it is cooked with some broth and the remaining ingredients, it creates a lovely flavor and texture, giving it a unique taste. 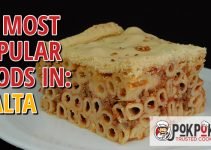 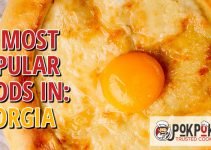 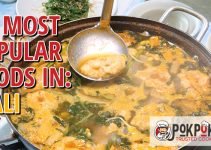 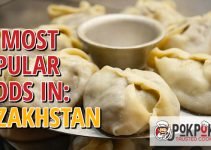 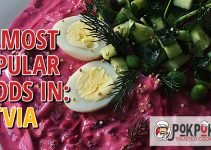 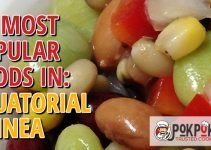