If you love to try out different cuisines worldwide, we have jotted down a few famous and delicious delicacies for you from Slovakia. Slovak cuisine typically consists of dishes made from meat, animal fat, poultry, grains, cereals, and vegetables. They are rich, savory, delicious, and must-try!

Preparing this dish is similar to making pancakes and can be prepared in significantly less time. It requires making a thick batter with potatoes, flour, eggs, and spices and pan-frying them. This dish can be consumed as a main course or can be enjoyed with authentic Slovak stews.

Makowiec is a roll consisting of layers of dough filled with poppy seeds, then rolled and baked. Its appearance makes it quite fascinating, but the taste does not compromise at all as well. It is usually consumed with tea or coffee and is prepared for special occasions such as Easter and Christmas.

Also called ‘Goulash,’ Gulas is a traditional Slovak dish of Hungarian origin. The primary ingredients come out as beef and potatoes, alongside some spices. It can be consumed with different types of bread and comes out as a perfect dish for camping trips/picnics.

Also called ‘Slovak Pumpkin Soup,’ Privarok is a healthy soup/stew primarily made from pumpkin. The preparation of this dish is relatively easy and also consumes less time. It has a sweet and sour taste which acts as a treat to anybody who has it!

Kapustica is a loved wintertime dish with a rich flavor and comes out as quite wholesome. The soup consists of various ingredients that give it an excellent taste, such as onions, garlic, pork, different spices, sour cream, etc. Although preparing this dish is a little time-consuming, the result is worth everything!

Sisky or ‘Slovak doughnuts’ are made by deep-frying kneaded dough. They can be consumed just as they are, but a bit of jam/ honey/ chocolate/ powdered sugar is added to enhance their taste. These doughnuts are light, easy to make, and come out as a perfect option for snacks.

Ryzovy nakyp is a Slovak cake that is easy to make and tastes delicious. It requires rice, sugar, cherries, eggs, apricots, raisins, and vanilla extract. It is also commonly known as ‘rice pudding cake’ and is sure to give your taste buds a treat!

Ciganska pecienka is a famous sandwich in Slovakia that consists of a well-cooked and delicious piece of meat (mostly pork), served in a bun. It requires marinating the pork with a few ingredients and cooking it. Not only is this dish easy to make but tastes scrumptious!

Popular for campfire picnics, Zivanska is a non-vegetarian dish consisting of pork meat (usually), sausage, bacon, potatoes, and onion chunks. All of these ingredients are marinated, put into skewers, rolled in an aluminum foil, and cooked. The smoky flavor and tender texture of the meat are what make it so popular.

Where Is Your Toothbrush 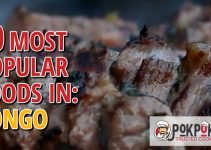 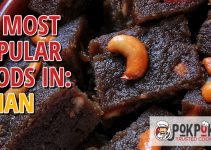 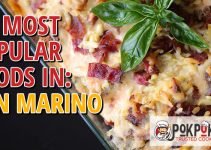 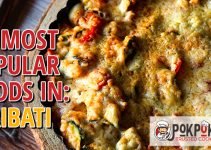 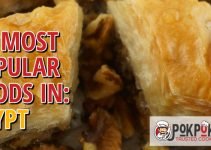 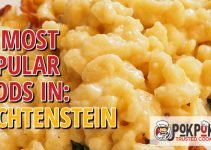