Located in the continent of Africa, Mauritania borders the Atlantic coast. This sub-Saharan region is known for its exotic cuisine and extraordinary food habits. The dominant ingredients of traditional Mauritanian cuisine are dates, spiced fish, dried fish, dried meat, rice, vegetables, and so on.

The culinary practice of Mauritania has been influenced by the cuisine of Africa, Arab, Morocco, and many neighborly countries. Let’s know about the top 10 incredible dishes of Mauritania.

In Mauritania, the recipe of Yassa Poulet is also known as Senegalese Chicken. This flavourful dish is made with onions and other vegetables. At first, marinate the chicken with lemon and vinegar for a few hours. After this, while you cook, you will get a smooth sauce-type gravy. The Mauritanian dish comes with a nice texture.

Mahfe is mainly a stew made of groundnut and peanut. This staple dish from West Africa is prepared with different types of meats. These are beef, lamb, chicken, etc. Apart from this, chefs also use vegetables like tomatoes, onions, cabbage, garlic, etc., in the dish. If you are in Mauritania, you must try this delicious Mahfe dish.

Hakko is mainly a savory, mouth-watering sauce. Natives of Mauritania use leafy vegetables in the sauce. You can serve the dish with couscous if you want. It has been seen that foreigners often order Hakko sauce with rice balls and other main course items.

The Mauritanian special sweet tea is just like Chinese green tea. Drinking tea is a common ritual in North and West African countries. The Mauritanian tea is made in a teapot. It is boiled several times. There appears a frothy foam on the top surface of the Mauritanian sweet tea.

This is a Mauritania special fish and rice recipe. Natives of Mauritania prefer to call the recipe Thieboudiene. Purchase a delicious fish fillet for this dish. This coastal dish is full of flavors and aroma. Many residents of Mauritania consider the dish of Cheb-u-jin as the national dish of this country.

Mechoui, or slow-roasted lamb, is a wonderful delicacy of Mauritania. Apart from Mauritania, the people of Morocco, Algeria, Tunisia, etc., are also pretty crazy about this non-veg dish. People roast the entire lamb during festive occasions. Important organs of the lamb, such as kidneys, eyes, heads, livers, etc., are preserved for the special guests.

This is mainly a one-pot dish. You can get either a veg Marolaym or a non-veg Marolaym. For non-veg Marolaym, the chefs use lamb, goat, etc. The dish is cooked with rice. You must create a delicious onion base before you start cooking the meat.

Both fish stew and fish pastry are pretty common in Mauritanian cuisine. Some food enthusiasts prefer to call the dish “fish puff pastry.” You can easily pair the dish with some pasta or spaghetti. If you are a foodie, this African food will blow your mind.

Cherchem is a traditional African dish. It is popular in Morocco, Mauritania, Algeria, and many other countries of Africa. Made from grains, the recipe also contains water, oregano, paprika, thyme, bay leaf, ground coriander, and so on. You can keep the dish in your lunch or dinner.

This is a special type of yogurt. Many food lovers prefer calling it cheese curds. This sweet dish uses grated coconut. You can serve the Lakh recipe with millet dishes. Lakh is a very healthy and tasty recipe. Both young and adults can relish it. 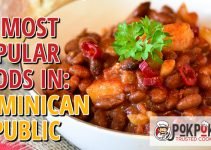 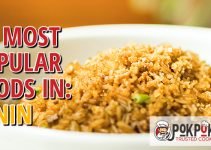 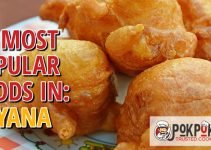 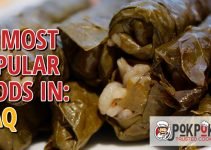 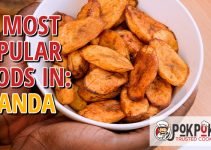