African culture is very rich, and so is its cuisine! And one of the smallest but significant parts of this culture and glorious continent is Liberia. Liberia is a country in West Africa famous for its cuisine.

So, if your wanderlust ever takes you there, don’t forget to try out the below listed 10 dishes.

The first on the list is the Liberian Peanut Soup. You may know what goes in there. Well, there is a plethora of herbs, spices, and meat, along with peanut butter, to give it a great texture. The different types of meat more preferably used are beef and chicken.

Talking about some other things that go in the soup to enhance the flavor, onions, bell peppers, and celery do the trick. It is generally served hot. So, if you ever go to Liberia, make sure to have it during your lunch.

It is one of the favorite snacks in Liberia. People take it with coffee as a snack. First, plantains, butter, egg, baking soda, salt, and sugar are added to the rice flour. It creates a mixture to be baked. Then, the chef bakes the rice flour, and here comes the Liberian rice bread.

If you love chicken, then it’s a must that you try out the chicken variation of Liberia. The chicken gravy is just out of this world. Generally eaten with white rice, people only prepare it for special occasions.

In the stew, you can find meat like chicken, shrimp, beans, bell peppers, onion, and tomatoes. Garlic, ginger, hot peppers, and parsley play the role of flavor enhancers.

What can be better than getting a chance to taste the national dish of a nation? After all, there must be something special that gave it the title of the national dish. Dumboy is the same- Liberia’s specialty.

First of all, people remove cassava fibers and peel and boil them. Then, people beat the cassava and shape it into balls. Tasty and mouth-watering gravy consisting of hot peppers and vegetables covers the Dumboy. Bassa, Gio, and the Mano people of Liberia prepare it.

Everyone loves spicy food. Joll of Rice is generally cooked with the addition of tomatoes, onions, and spices, which give the rice its sour and spicy flavor. It is a versatile dish. You can be creative with it too. Besides tomatoes and onions, you can also add other vegetables, like carrots and even meat, to make it better.

That’s another simple yet great dish because it is prevalent everywhere. It is famous as street food, popular at home, and even during special occasions like Thanksgiving. It resembles a pancake or bread, just more sticky. Liberian people prepare fufu with a dough of cassava and plantain.

If you ever have a cheat day while in Liberia, then it is something you must try. These are deep-fried dumplings. Since they are deep-fried, they are quite crispy as well. Kala goes great with a spicy dipping or sauce.

The best part about Palava is that if you have any type of fish or meat, you can prepare it. People generally prefer eating it with white rice– a staple food. Since the Palava is prepared by smoking the meat or fish, it exhibits a smoky flavor.

It is Liberia’s trademark party food. You can find it on any special occasion in Liberia. However, it is a meat gravy, with a perfect combination of creamy gravy and spicy meat. You can eat it alongside white rice and fufu.

The main ingredient of a Torborgee is the Torborgee beans. There are three varieties of Torborgee: Beans Torborgee, Bitter-ball Torborgee, and Pepper Torborgee. To enhance taste and texture, people also add dried meat, pork, fish, or chicken. 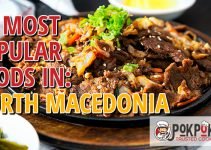 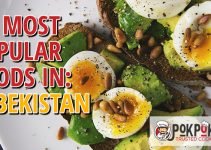 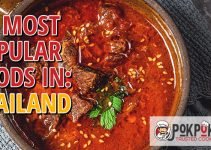