Along with having a fascinating history, Belarus also has some tasty foods to fulfill the craving of foodies. Foreigners and tourists not only love to explore its places but its cuisines too, and we suggest you must try too. Belarusian dishes have high similarities with Slavic, Lithuanian, and plish cuisines. In the coming paragraphs, we have listed the 10 most popular foods in Belarus, and you must try them all on your next visit.

Draniki, in simple words, potato pancakes are one of the typical dishes of the country. All the residents in Belarus also love it. The main ingredients in this food are onions and potatoes. However, there are various recipes for it. Some recipes also include cheese, meat, mushrooms, and bacon.

Pyachysta is normally prepared for different holidays and occasions in Belarus. Therefore, this dish does not have a single and fixed recipe. However, the common ingredients in most of the recipes are chicken, either stewed, boiled, or roasted, pig, pork, or beef. The side foods for pyachysta include potatoes, mushrooms, peas, cabbage, or carrots.

Poliuka is not used for a single dish. However, it is a general term used for soups in the country. Historically, poliuka was made during Lent with fish or mushrooms. These ingredients were simmered in a broth with millet or barley. However, currently, there are various recipes for this soup.

Kletski is another famous cuisine from Belarus. It is a boiled flour ball with meat fillings. Kletski has a high resemblance with Russian and polish dishes called pelmeni and pierogi. However, it has a crescent shape and is a little bigger.

Vereshchaka is prepared by variating the machanka meat sauce. The stew is prepared with pork sausages, onions, beer, bacon, flour, and different spices. The traditional method of presenting this dish is in the pot. It is served with side pancakes.

Khaladnik is another popular soup for the locals. It is a cold soup. You will need boiled beets combined with ingredients like spring onions, dill, cucumbers, and kefir for making this dish. While serving, the soup is topped with chopped dills, hard-boiled egg, and sour cream.

If you visit somewhere for snacks in Belarus, you will mostly find tsibriki there. It is a highly famous snack there. Tsibriki is normally served with beer. This food is made of cheese filling and potatoes. The ingredients are fried in a pan.

Machanka is a delicious stew. It is prepared with a combination of sour cream, pork, beef stock, and flour. For meat, you can also use sausages, ham, and bacon, etc. Cut all in small pieces and then add in the food. Most locals also add dill, onions, and mushrooms for better taste,

Halusky is an extremely soft form of dumplings made of potatoes. The dough for the dumplings is prepared with a combination of flour and raw potatoes. Then, the dough is cut into small pieces and boiled. However, there are also other approaches to preparing halusky.

The blend of dark bread and oats make this soup tastier. Zhurek is prepared by placing the combined ingredients in a warm place for around three days and mixing meat, garlic, and vegetables. The mixture then gets ready to cook. 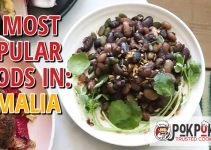 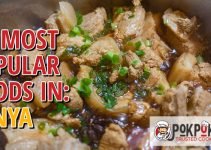 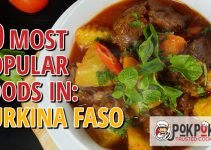 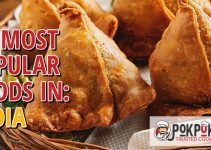 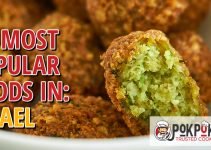 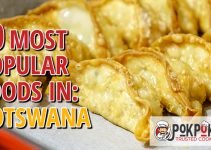